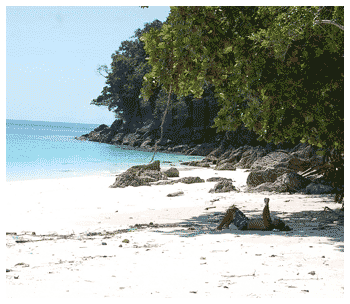 Diving at the Mergui Archipelago

Dive at one of the most remote destinations in the world!

The Mergui Archipelago is the magical island world of Myanmars southwest shore. The area stretches all the way down from the town Mergui in Burma to the Surin Islands of Thailand and offers numerous fascinating dive sites, with the best access straight from Ranong in Thailand. The Mergui Archipelago consists of more than 800 islands which vary in size from very small to hundreds of square kilometers.

History of the Mergui Archipelago

A flourishing trading route in the past

In the 16th and 17th centuries the Mergui Archipelago was an important trading area of Asia and Europe. Large ships, loaded with chinese- and local porcelain, spices and silk, traded at Mergui, the main harbour of then still Siam. To reach Mergui ships had to pass the various islands and rural waters in the Andaman Sea. Sea pirates were hiding on several islands, one of them nowadays still known as 'Smugglers Cave".

After a long war, Burma conquered the area. Soon after, the flourishing trading area however became distinct as the British secured the dangerous Malacca Strait and Penang and Singapore were founded. The previous main trading route became history and the Mergui Archipelago turned isolated. When the British took over the region in 1826, they found it almost deserted of people.

Diving in the Mergui Archipelago

Opening up the Mergui Archipelago for diving

The Mergui Archipelago was been closed to foreign tourists since the independence of Myanmar (Burma) from the British Empire in 1948. Since 1997, with ups and downs as the borders sometimes opened and closed for a longer period, few liveaboards started to enter the untouched Mergui Archipelago. Since 2006-2007 borders remained open for licensed boats and we have been diving here since that time.

Great diversity of flora & fauna underwater and above the sea level

The Archipelago's virtual isolation from mankind's influence on the natural environment has given the islands and the surrounding waters of the Andaman Sea a great diversity of flora & fauna, contributing to the region's growing popularity as a hidden remote diving destination.

Diving sceneries of the Mergui Archipelago

Underwater this region offers scenic reefs, fantastic topography and profilic fish and invertebate life. There is a good chance of seeing big animals, but also macro divers will love the area. Besides numeous swarms, you will find a tremendous variety of smaller fish and reef creatures, including many unusual species, some of which are only home to the Mergui Archipelago. For example, we have spotted numerous nudibranches wich we never found listed in any fish guide or encyclopedia.

Four types of diving can be found in the Mergui Archipelago

The Southern-, Central- and Northern Part of the Archipelago 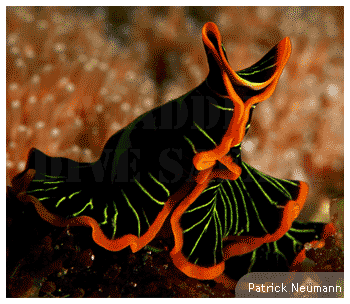 Because the Mergui Archipelago covers such a large area, we have basically splitted up this area in the southern-, central- and northern part of the Archipelago:

Diving in the Southern Part of the Mergui Archipelago

Once we have passed the border at Ranong in Thailand and Kawthaung in Myanmar (Burma), we will enter the southern part. In this area you'll first see some bigger islands and once we have left these behind us, rocks and small islands mark our route. In the southern area, we dive at dive sites like Western Rocky, Fan Forest Pinnacle and Laguna Wall.

Diving in the Central Part of the Mergui Archipelago

Within the Central Part we visit dive sites like Orange Rock, 3 Sisters and Paradise Rock. There is only a small chance that you will meet other boats or other divers here. 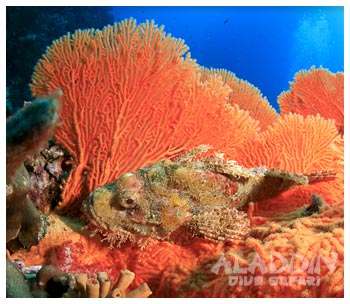 Diving in the Northern Part of the Mergui Archipelago

The Northern Part is the most remote area and covers dive sites like Black Rock. Huge and also tiny rocks that rise up from a deeper depth mark this area. But also we visit within this area the North- and South Twin Islands which have a very different topography from most other islands within the Archipelago. Due to their granite landscapes, the topography of the North- and South Twin Islands are more similar to the Similan Islands in Thailand.

Dive sites of the Mergui Archipelago in Myanmar (Burma) 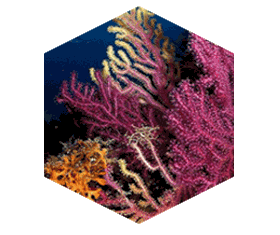 The dive site 3 Sisters lays in the neighbourhood of Mc Load Island and can be a facinating dive.

From the boat you see only 3 fairly small rocks breaking the surface, but the underwater terrain is huge.

Within the 20-25 meters bottom area you will find lots and lots of small pinnacles that come up to 5 meters.

The pinnacles are all covered with beautiful soft corals and sea fans in different colors.

Here you not dive to expect big stuff, but you are looking for ghostpipe fishes, sea horses and nudibranchs. 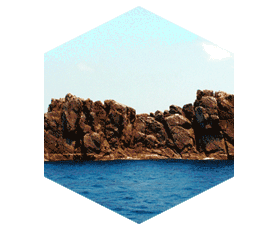 Belonging to one of the top dive sites of the Mergui Archipelago, the dive site Black Rock is a natural magnet for marine life.

A huge offshore rock offers underwater dramatical vertical walls and plateaus, which in the south western corner drop off to 50m+.

Usually we stay here for a whole day and make multiple dives here as the site is quite remote. 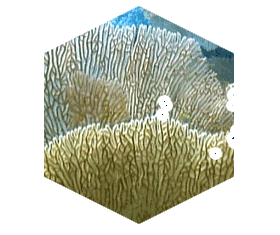 As the name indicates, this dive site is famous for the abundance of sea fans here. The biggest gorgonians are in deeper waters around 30 meters and below. These healthy gorgonians support a large variety of marine life.

On shallower parts of the reef look for octopus and cuttlefish around the hard corals and soft corals. 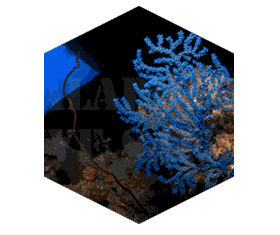 Chi Wat is an very interesting dive site. Above the surface you will stop at an astonishing kind of rock sculpture. Underwater we find 2 different sites of the rock, which are connected with two tunnels. By penetrating the tunnels, you can switch side at least a couple of times during the dive.

At one side the reef is sloping down to 20 meters. Here you'll find views of bright yellow soft corals and smaller sea fans and you look for small stuff and marble stingrays at the bottom of the reef.

The other side of the reef is markable by a garden of hard corals, which cascade down to about 15 meters. The southern side connects both sides into a wall.

A bizarre little rock in the ocean with a single tree perched on top of it.

This site is a dive site for macro fans. The little guys are well in abundance here, but visibility is usually poorer than at other areas in the Archipelago.

On close inspection you will find nudibranchs, bearded scorpion fishes, pipe fishes and sea horses living near the submerged rocks. 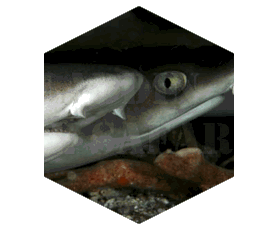 This expansive site consists of dozens of large, widely scattered granite boulders, which rest on a rocky plateau at 24 to 30m. This plateau is in turn surrounded by a gradually sloping sandy bottom, resulting in topography reminiscent of the western Similan Islands.

Marine life is healthy and abundant, yet tends to be scattered over a fairly large area. Encounters with leopard sharks and whitetip reef sharks are possible in the outer perimeter.

Many of the deeper areas are populated with dense forests of orange fan corals and soft corals sprout from rocky crevices at moderate depths.

Surrounded as it is by open waters, this site attracts a wide range of mid-water predators, including rainbow runners, bonitos, queenfish and lots of pickhandle- and great barracudas. 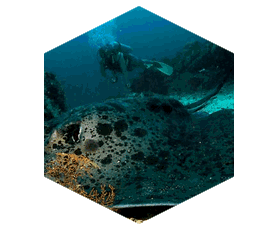 Located at the south west of the island and starting at 5m below the surface, North Twin Pinnacle drops to 35m.

Large boulders are covered with purple soft corals and encrusting sponges. The midrange waters here, give a healthy assortment of marine life.

Long spiny sea urchins and a few anemones cling to the rocks as do gorgonian sea fans, sea whips and feather stars. Seahorses and ornate ghostpipe fishes can be found in the fans. On occasion we could see different species of sharks. 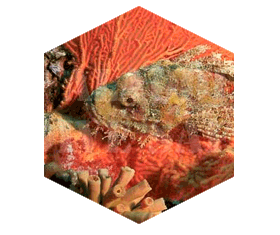 This is partly a wall dive and partly a dive along sloping boulders and coral reefs.

The maximum depth is 35 meters and although currents and surge can be strong on occasions, there is always shelter at one side of the island.

This dive site is a good for day- or night diving.

The orange cup corals cover much of the wall and open up in a spectacular display of color at night.